If you're looking for cheap flights to San Francisco you have reached your destination! Your journey to San Francisco starts here - where we select and display the best offers of direct flights, low-cost connections from hundreds of airlines and partner agencies.

SFO is the short code of the city. The short address of this page is zbordirect.com/en/fly/SFO. Remember this short and simple address that will always guide you to best flight deals to San Francisco in United States.

San Francisco was founded on June 29, 1776, when colonists from Spain established the Presidio of San Francisco at the Golden Gate and Mission San Francisco de Asís a few miles away, both named for Francis of Assisi. The California Gold Rush of 1849 brought rapid growth, transforming an unimportant hamlet into a busy port making it the largest city on the West Coast at the time; between 1870 and 1900, approximately one quarter of California's population resided in the city proper. In 1856, San Francisco became a consolidated city-county. After three-quarters of the city was destroyed by the 1906 earthquake and fire, it was quickly rebuilt, hosting the Panama-Pacific International Exposition nine years later. In World War II, it was a major port of embarkation for service members shipping out to the Pacific Theater. It then became the birthplace of the United Nations in 1945. After the war, the confluence of returning servicemen, significant immigration, liberalizing attitudes, the rise of the "beatnik" and "hippie" countercultures, the Sexual Revolution, the Peace Movement growing from opposition to United States involvement in the Vietnam War, and other factors led to the Summer of Love and the gay rights movement, cementing San Francisco as a center of liberal activism in the United States. The city has voted strongly along left Democratic Party lines for decades; in 2020, the city voted 85% to 13% in favor of President Joe Biden over Donald Trump. More recently, statewide droughts in California have strained the city's water security.

View all flight deals to SFO from SFO 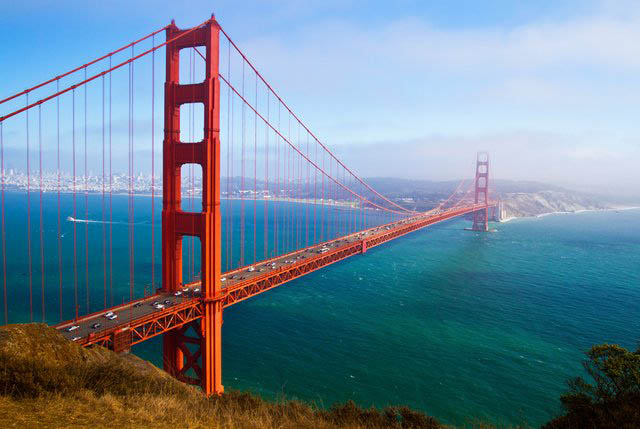