There are currently 1 active airports in Syria. Below you can see the cheapest flights found in the last 6 hours. 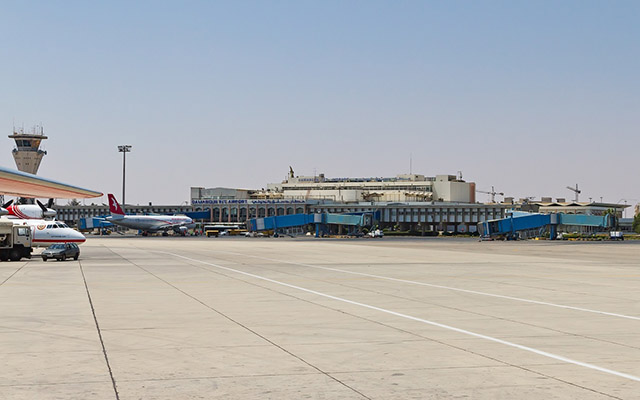 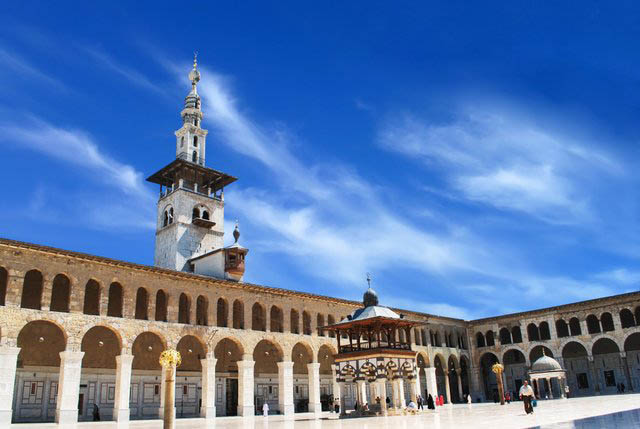 Syria is the only country that politically espouses the Arab nationalist ideology known as Ba'athism. Syria is a member of one international organization other than the United Nations, the Non-Aligned Movement. It was suspended from the Arab League in November 2011 and the Organisation of Islamic Cooperation, and self-suspended from the Union for the Mediterranean.The modern Syrian state was established in the mid-20th century after centuries of Ottoman rule. After a period as a French mandate (1923–1946), the newly created state represented the largest Arab state to emerge from the formerly Ottoman-ruled Syrian provinces. It gained de jure independence as a parliamentary republic on 24 October 1945 when the Republic of Syria became a founding member of the United Nations, an act which legally ended the former French Mandate (although French troops did not leave the country until April 1946).

The name "Syria" historically referred to a wider region, broadly synonymous with the Levant, and known in Arabic as al-Sham. The modern state encompasses the sites of several ancient kingdoms and empires, including the Eblan civilization of the 3rd millennium BC. Aleppo and the capital city Damascus are among the oldest continuously inhabited cities in the world. In the Islamic era, Damascus was the seat of the Umayyad Caliphate and a provincial capital of the Mamluk Sultanate in Egypt.

The post-independence period was tumultuous, with many military coups and coup attempts shaking the country from 1949 to 1971. In 1958, Syria entered a brief union with Egypt called the United Arab Republic, which was terminated by the 1961 Syrian coup d'état. The republic was renamed as the Arab Republic of Syria in late 1961 after the December 1 constitutional referendum of that year, and was increasingly unstable until the 1963 Ba'athist coup d'état, since which the Ba'ath Party has maintained its power. Syria was under Emergency Law from 1963 to 2011, effectively suspending most constitutional protections for citizens.

Bashar al-Assad has been president since 2000 and was preceded by his father Hafez al-Assad, who was in office from 1971 to 2000. Throughout his rule, Syria and the ruling Ba'ath Party have been condemned and criticized for various human rights abuses, including frequent executions of citizens and political prisoners, and massive censorship. Since March 2011, Syria has been embroiled in a multi-sided civil war, with a number of countries in the region and beyond involved militarily or otherwise. As a result, a number of self-proclaimed political entities have emerged on Syrian territory, including the Syrian opposition, Rojava, Tahrir al-Sham and the Islamic State group. Syria was ranked last on the Global Peace Index from 2016 to 2018, making it the most violent country in the world due to the war. The conflict has killed more than 570,000 people, caused 7.6 million internally displaced people (July 2015 UNHCR estimate) and over 5 million refugees (July 2017 registered by UNHCR), making population assessment difficult in recent years.