If you're looking for cheap flights to Paris you have reached your destination! Your journey to Paris starts here - where we select and display the best offers of direct flights, low-cost connections from hundreds of airlines and partner agencies.

PAR is the short code of the city. The short address of this page is zbordirect.com/en/fly/PAR. Remember this short and simple address that will always guide you to best flight deals to Paris in France.

Tourism recovered in the Paris region in 2021, increasing to 22.6 million visitors, thirty percent more than in 2020, but still well below 2019 levels. The number of visitors from the United States increased by 237 percent over 2020. Museums re-opened in 2021, with limitations on the number of visitors at a time and a requirement that visitors wear masks.

The football club Paris Saint-Germain and the rugby union club Stade Français are based in Paris. The 80,000-seat Stade de France, built for the 1998 FIFA World Cup, is located just north of Paris in the neighbouring commune of Saint-Denis. Paris hosts the annual French Open Grand Slam tennis tournament on the red clay of Roland Garros. The city hosted the Olympic Games in 1900, 1924 and will host the 2024 Summer Olympics. The 1938 and 1998 FIFA World Cups, the 2007 Rugby World Cup, as well as the 1960, 1984 and 2016 UEFA European Championships were also held in the city. Every July, the Tour de France bicycle race finishes on the Avenue des Champs-Élysées in Paris.

View all flight deals to PAR from PAR 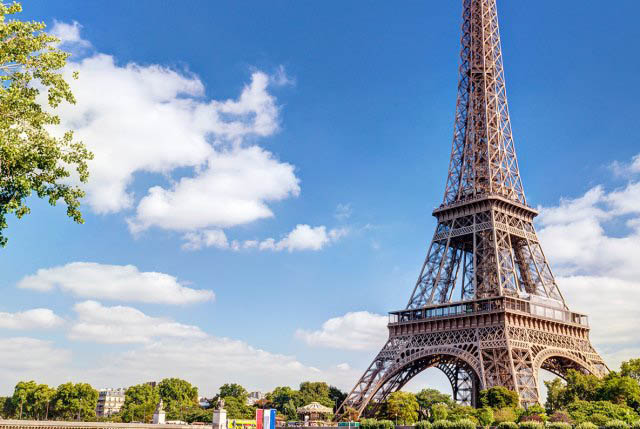